In June our thoughts naturally turn to summer, and in Greenwich they often turn to the beach and Tod’s Point where today we can enjoy sun and sea and the loving restoration of the buildings nearby, the Innis Arden Cottage and the historic old barn, dedicated recently as the Sue H. Baker Pavilion, in honor of Sue Baker, retired Greenwich High School teacher and active preservationist who has been instrumental in the restoration work at Tod’s Point from start to finish.

Sue Baker’s history with the Innis Arden Cottage goes back to her earliest teaching days at Greenwich High School. Having taught in the area since the 70s, by 1980 she had secured a position as a marine biology teacher at the high school and, as she says, became “joined at the hip” with Dan Barrett, the highly regarded science teacher and founder of the school’s oceanography program. Because of its enormous success, over time, the program was integrated into the curriculum and became a two-semester course, both of which entailed fieldwork. The old Queen Anne building, now the Innis Arden Cottage, at Greenwich Point was appropriated for lab work, and it was at that time in a state of disrepair.

Sue remembers that “great chunks of plaster were falling off the upstairs ceilings, the second-floor ceilings and walls, and the roof damage was so severe that water was just running down to the ground-floor walls, and all those were mildewing and falling apart. It was a beautiful building. Those of us that ever were inside could see architecturally how interesting it was.”

Sue never forgot her time there and her regard for the historic building. In 2004 Sue and others concerned with the state of the building founded the Greenwich Point Conservancy in hopes of saving the building that, as fate would have it, had been put on the docket for demolition. The preservationists set out immediately to raise funds to save the old Queen Anne Building of Greenwich Point.

In her interview, Sue shares the history:

“…this Cottage was built right at the periphery of the property for a member of the family. His [the owner, J. Kennedy Tod’s] sister-in-law had become a young widow with three children....[It] was built for her and her young daughters to occupy and to be close, because she had lost her husband, a very young man, and she was, I think, forty, with three young daughters, or maybe not even forty, and that’s when it was built, and she occupied it. Then when she moved on in her life and remarried, that became a dedicated R&R summer resort for the nurses.”

The nurses were from Presbyterian Hospital of New York City. Sue’s account continues, with the history of the nurses:

“…there was one that was very famous. Her name was Anna Maxwell, who is kind of the Florence Nightingale of the United States with Clara Barton, you know, started the whole concept of nursing as such a career, with so much special education, special training, and military adjunct, military army nurses.
So it has a very rich history, in those summers—and most of those were maiden ladies. I mean, the ones that showed up, most of the nurses were maiden ladies with no place to go to escape the heat of New York City, and so when they had their two weeks or maybe even more vacation, they came out to the shore at Greenwich and were the guests of J. Kennedy Tod and his wife.”

Sue and the Greenwich Point preservationists were able to save the building from the bulldozers.

The restoration incorporated the best materials, “roofing, shingles, cedar shake.” The project restored the building to its original condition. The preservationists did their research and according to Sue, “tons” of it. 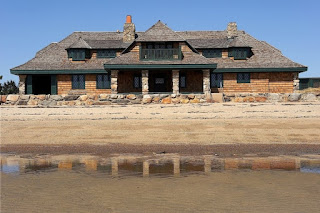 Today the new building, renamed the Innis Arden Cottage is “totally green,” a LEED certified building providing education and resources to the entire community. The Bruce Museum operates the Seaside Museum there. The Cottage provides space for the Shellfish Commission and for other civic organizations.


Through her work with the Conservation Commission, the Shellfish Commission, the Greenwich Point Conservancy, and other organizations, Sue has never truly left her role as an educator behind. She continues to teach and to guide her community into the future. 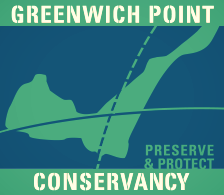 She ends her interview with this quote from Baba Dioum, a Senegalese ecologist, a quote she used to teach her students at Greenwich High School:

Posted by oral history admin at 8:59 PM No comments: